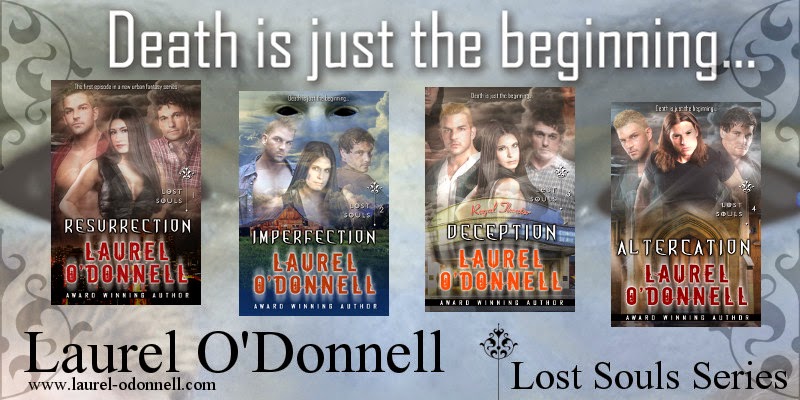 "I loved it.  This series is a completely new take on death and the afterlife, with plenty of information so the reader isn’t confused, and tons of action to keep you engaged.  Definitely worth checking out, and I can’t wait to see where the rest of the series takes Sam, Ben, and Christian.”
- Cat’s Thoughts Book Reviews

Souls who refuse to pass into the afterlife become wandering spirits, trapped between the world of the living and the dead.  These are the Lost Souls.  Some of these Lost Souls have banded together, uniting to fight against an evil endangering both their existence and the safety of the human world they once inhabited.  This evil has taken shape in unholy creatures called the Changed, beings who were once Lost Souls but who are now dark, dangerous and disturbed monsters.  The Changed feed on the energy of the Lost Souls, growing stronger with each Lost Soul they drain.  The ultimate goal of the Changed is to harness enough energy to return to the land of the living by possessing the body of a human.  The mission of the Lost Souls is to stop them…

Now you can get Lost Souls: Resurrection – Episode 1 for free at many eBookStores!

Christian Thompson is killed in a car accident but refuses to pass into the afterlife because of his protective need to shelter his daughter Aurora from her cruel mother.  He soon discovers there are others like him, other wandering spirits trapped between the world of the living and the dead.  He joins this larger group of Lost Souls in their struggle to destroy the evil endangering their existence.

Unholy creatures threaten both Christian’s new world and his old.  They are entities called the Changed, beings who were once Lost Souls but who are now dark, dangerous and disturbed monsters.  Their ultimate goal is to return to the land of the living by possessing the body of a human.

Little does Christian realize that his decision to refuse his own death will endanger the very life of the daughter he has vowed to protect.

Then someone was screaming.  Slowly, Christian opened his eyes.  The streetlight was horizontal.  Cars zoomed past vertically.  The world was tilted on its side.  The stoplight in the background turned red.

An ice cream cone lay on the sidewalk upside down, tiny chocolate rivers streaming out from beneath it in all directions.

“Daddy!  Daddy!”  Aurora ran up to him, her blue eyes wide and fearful.

He pushed himself upright.  “I’m okay.”

Tears bloomed in her eyes and she began to cry.  She wasn’t looking at him.  Christian frowned.  Had someone been hurt?  “I’m right here, princess.  It’s okay.”  He followed her stare…

… to find his body laying on the hood of the black car.  His eyes were open, staring with a glassy expression.  Blood trickled from his parted lips.

Christian stared down at himself on the hood of the black car, shocked.  Immobile.

Christian reacted immediately, stepping away from his body, away from the black car, moving toward her, his arms extended, instinctively wanting to shelter his daughter from the grisly sight.
Someone else rushed towards Aurora, heading straight for them.  Christian startled, expecting the impact, but there was no collision of their bodies.  The woman brushed straight through him.  As if he wasn’t even there.  His world spun for a long moment, and he had to close his eyes to fight off the incomprehension threatening his sanity.  Slowly, he felt himself settle, and the disorientation faded.  He opened his eyes and looked down.  His body was whole.  He skimmed his arms and the slick warmth of his flesh met his exploration.  He touched his face and felt skin.  A nauseous feeling in the pit of his stomach was the only remnant of what had just happened.  What the hell?  He turned to see the woman pulling Aurora away from the accident.  His motionless body lay just beyond.

Only now could Christian see how bad it really was.  The car had struck him at the waist, slamming him back into the brick wall of one of the buildings.  His body was pinned between the black car and the red bricks.

No one could have survived something like that.  No one.

Unnerved, he involuntarily backed away from the car, from the body… from his own body pinned and smashed by the car.  Was he dead?  Was this some sort of out of body experience?

Through a haze of disbelief, Christian heard the world responding.  Someone asked if anyone else was hurt.  A car door slammed.  Someone said the ambulance was on its way.  And through it all, Aurora cried for him.

She didn’t see him; she didn’t hear him.  She didn’t respond to his call.  No one did.

The traffic lights changed from red to green to yellow and back to red.  And still, Aurora cried.  She resisted the woman, trying to see over the dark haired woman’s shoulder.

This couldn’t be happening.  It was the beginning of his new life.  He just got custody of his daughter!

Suddenly, something pulled at his core.  Something tugged at his soul.  He gasped at the strange new sensation enveloping him and turned in a slow circle, searching for the source of what was beckoning him.  There was nothing close to him, no one else nearby except for the crowd around the scene of the accident.  Again, the pulling sensation swept over him.  He closed his eyes and allowed the sensation to guide him.  When he was facing the direction he felt the pull coming from, he opened his eyes.

Across the street, a woman stared at him with large patient eyes.  She was looking right at him.  She was beautiful, with golden blonde hair cascading over her shoulders in perfectly shaped waves.  Her white summer dress was much too light for the spring day.  A blinding white light seemed to shine from behind her.  An inviting grin curved her lips and her warm smile beckoned to him.  Instinctively, he knew what she wanted.  He knew she was there to take him from this world.

Christian didn’t even hesitate.  He would never leave his daughter.  Not now.  He turned his back on the angelic apparition.  Aurora needed him and he had no intention of leaving her.

Check out the YouTube Video for Lost Souls -
http://www.laurel-odonnell.com/lost-souls/lost-souls-book-trailer.html

“Her writing drew me in and it was hard to put it down. I enjoyed the characters and the premise of the stories of the Lost Souls.”
- The Book Maven

Do you like Medieval Romance?  Today is the last day to get The Angel and the Prince for 99 cents before it goes back to it's regular price of $2.99!
Nominated for the Romance Writers of America Golden Heart Award!
In this exciting medieval romance, the French lady knight known as the Angel of Death wages a battle of wills and desires against her dreaded enemy — the English warrior known as the Prince of Darkness.

Ryen De Bouriez is a French warrior, dedicated to protecting her country against the hated English. In place of glittering ball gowns, she wears shining armor. Instead of practicing the gentler arts, she wields a sword. Those who whisper her name in fear and awe call her the Angel of Death.

Bryce Princeton is the Prince of Darkness, an English knight sent by his king to find and destroy their most hated adversary — the Angel of Death. Little does he know that his enemy is no man at all, but a beautiful woman who will challenge his heart and honor at every turn.

Forced to choose between love and honor, the Angel and the Prince wage a battle of wills that challenges everything they have ever believed in. 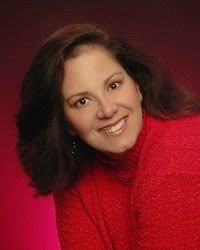 Laurel O’Donnell has won numerous awards for her works, including the Holt Medallion for A Knight of Honor, the Happily Ever After contest for Angel’s Assassin, and the Indiana’s Golden Opportunity contest for Immortal Death. The Angel and the Prince was nominated by the Romance Writers of America for their prestigious Golden Heart award. O’Donnell lives in Illinois with her four cherished children, her beloved husband and her five cats. She finds precious time every day to escape into the medieval world and bring her characters to life in her writing.