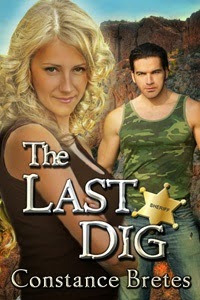 Bones, bodies, and a love rekindled.

Paleontologist Caroline Priest is shocked when she finds a dead body at her dig site. When she calls it in to the sheriff’s department, her former boyfriend, Rand Callahan, comes out to investigate. The evidence quickly starts to point to Caroline being the killer, and Rand has no choice but to arrest her.

It’s clear to Caroline that she’s been set up, but by who and for what reason? While Caroline is out on bail, Rand rekindles his relationship with her as they try to solve the mystery before it’s too late.

Rand stared at Caroline, taking in what she had just told him. "You lied to me," he retorted sharply. "First you told me that you didn't have a conversation with him, now you're telling me that you did. Your story is starting to fall apart. You need to tell me the whole truth. Was this man stalking you? Did he bother you in any way? Why did you go to his apartment and threaten him and then kill him?" Rand asked, his voice rose in anger.

"You've got to believe me! I did not go to this man's apartment!" Caroline said, her voice getting louder.

"If the man stalked you, bothered you, or abused you in any way, we can help get your sentence reduced. It would go a long way in the courtroom if you confessed and came clean with this now," Rand said, his voice still raised.

"I have nothing to confess," Caroline replied forcefully.

"How the hell did his cellphone end up in your SUV?" Rand's anger burst at her.

Caroline recoiled at his temper. Then she snapped at him, her voice equally angry, "I don't know how it got there!"

"Well, you apparently had it in your SUV all along."

"I don't know how that cellphone got in my vehicle," Caroline stated emphatically, slamming both hands on the table.

"It would be in your best interest if you confess or fill in the gaps of your story. You will be going down for murder one and a very long prison sentence." Rand jerked forward in his chair and looked into her eyes. His eyes were dark and angry. 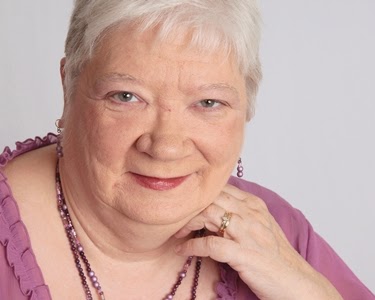 Constance Bretes is an author of contemporary romance and suspense. Her romance books are often set in different parts of the country, but her favorite site is Montana. She's married to her best friend and resides in Michigan with him and a houseful of cats. When she's not at her regular 8-to-5 job, she can be found writing, researching, and spending time with her husband.
You can learn more about Connie and her books at her website at www.conniebretes.weebly.com. You can also follow her on Facebook at www.facebook.com/constancebretes or Twitter at www.twitter.com/conniebretes.