On the nightly news, we’re bombarded by murder stories. Senseless, accidental, or deliberate. News reporters ask the questions we want to know. How? Why? Who? Once the last question is answered, we want justice for the victim.

But sometimes, despite the best efforts of the police, the case goes unsolved. While that happens in real life, in fiction we want, no, demand that every crime be solved. On TV, it’s solved in an hour. More like forty-four minutes if you take out the commercials. In a novel, we get three hundred pages or more.

The death of actor James Garner this weekend reminded me of his show The Rockford Files. No hard-boiled detective there. While I loved him as Maverick (actually, I had a mad teenage crush on him), his easy-going persona as Jim Rockford seemed like a perfect fit for the actor. The humor made the show even more appealing. Like Castle. It’s no coincidence that both shows were created by Stephen J. Cannell.

On television, in movies and books, each sleuth has/had his own style. Sam Spade, played brilliantly by tough-guy Humphrey Bogart. Columbo, seemingly bumbling, yet sharply observant. Castle, the smart-ass yet loving father and long-suffering son. Who reads Raymond Chandler and doesn’t think of Robert Mitchum as Phillip Marlowe? Then there’s the miscast of the decade—Tom Cruise as Lee Child’s 6’5” 230 pound Jack Reacher.

Where are the women sleuths?

I cut my teeth on Nancy Drew. I under appreciated Miss Marple and Jessica Fletcher because of their age. Now that I’m their age (sort of) I’ve changed my mind. While I enjoyed reading V.I. Warshawski and Kinsey Millhone, I love female duos like Cagney & Lacey and Rizzoli & Isles. Then there’s Stephanie Plum. ROTFLOL Actually, lying in bed reading and trying to hold in laughter so the bed shaking doesn’t wake Hubs.

A new girl will join the others next month. Alex O’Hara. Not as young as Nancy but not as old as Agatha or Jessica, Alex inherited a detective agency when her dad and his partner retired. Making it alone as a female P.I. in a small, lakeshore resort town is no easy task. Until a femme fatale straight out of a Dashiell Hammett book comes calling—no, begging for help finding her missing brother.

Here’s a look at the cover, created perfectly by Rebel Ink Designs. 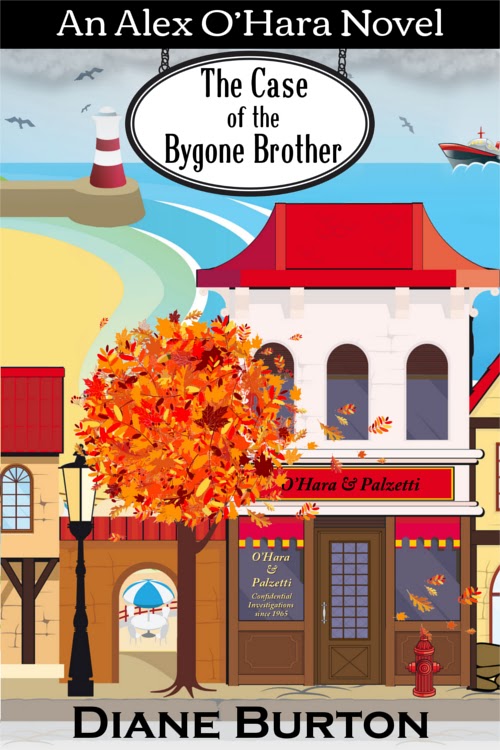 Who's your favorite detective?
Posted by Diane Burton at 10:18:00 AM