Writer’s Block or What Do I Do Now? 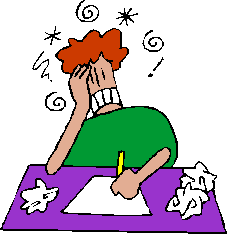 I never get writer’s block. Well, not until now. My latest work-in-progress has me stumped. If you’ve read either of my Outer Rim books, you know Rissa Dix (pronounced “Deece”—she very particular about that) runs a tavern in Astron Colony. She’s Celara’s (The Pilot) confidante and Laning’s (The Chameleon) good friend. After being a secondary character, Rissa deserves her own story.

Rissa has gotten mixed up with human traffickers. By accident, she came across a slave ship docked at Astron for refueling. I’m not saying she’s nosy but . . . Something about that crew didn’t set right so she snooped around and discovered two teen girls destined for a prostitution ring. She got them to safety before the ship left. That was six months ago. Now different traffickers are back with an even bigger cargo—over twenty children. This time she has help rescuing them.

But now where do I go with the story?

It’s possible that I don’t know why she’s sticking her neck out. In general, the people on the Rim went out there for a reason—they want to be left alone. They left the Central Planets because they hate rules/laws or they’re running away from something or someone. They could be explorers, adventurers, opportunists, or criminals. Some were stationed there by the central government to maintain order.

Rissa is very outgoing. She chats easily with customers. Yet even to her closest friends, she doesn’t reveal her past. Worse, she won’t tell me. Very frustrating.