Liza O'Connor is back with a tease about her latest release. When I read the first book in this series, I was enthralled with the hero, the heroine, and the premise of humans being able to soar like a bird. The second book was even better. I can't wait to read this one. 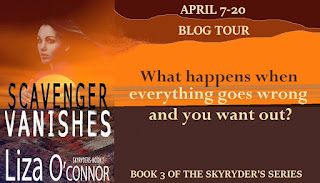 What is a Virgin Mistress?
After the Terror Wars, the world’s population was far beyond what could be fed and sheltered, so new laws were created to drastically cut the population.

A young woman only had ONE chance at being a mother. If she got pregnant the very first time she had sex, it was designated a virgin birth. However, even then, the father of the child could decide to toss the mother out and keep the child, so motherhood was never a sure thing, not even for the lucky few.

And if you dare tried to have a baby outside of that once in a lifetime chance, and the police caught you, your child would be aborted and you would be charged with its murder and spend the rest of your life in prison.

While the rich thought this a very fine law to serve the poor, they twisted the rules a bit for themselves. Their daughters would remain Virgin Mistresses for as long as it took for the girls to become pregnant.  Thus, the parents would negotiate with another rich man to become their daughter’s husband, based on business needs and connections. Once the contract was signed, the young woman would claim to be a virgin until she became pregnant. She would remain living with her parents and would visit the gentleman or he would visit her. The gentleman might even be married already. Not to worry. Setting aside the current  wife was commonly done.

If a man were in serious need of a son to carry on, he could have several Virgin Mistresses at once, then marry the first one to become pregnant. As soon as the child was born, he could keep the mother, send her back to her parents, or even kill her.
In Alisha’s case, the President of Americas, her parent’s choice for her, had a wife, but he would set the lady aside once Alisha got pregnant. However, Alisha ran off and joined the SkyRyders instead of becoming a breed cow.

Good thing too. The President was known for his abusive outburst, which would have resulted in Alisha’s death, for she wasn’t nearly submissive enough for the President. 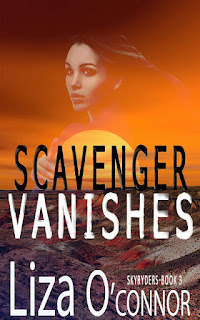 Blurb
Stationed on opposite coasts, Alisha and Logan must each face their own demons and challenges. On the West Coast, Alisha loses her rank for butting heads with General Powell and soon discovers the life of a private can be utter hell. On the East Coast, newly promoted General Logan discovers his soldiers do not recognize his authority to command. In an effort to retake control of the East Coast Corps, Logan authorizes unthinkable actions. When Alisha faces a life-threatening crisis, will Logan rise above his own troubles, or will she discover love and rescue with her best friend Jack?
EXCERPT
“Private Kane,” the general barked. “Why is it, except for Logan, not one of your students has attempted to shoot target thirteen?”
“Its position makes it almost impossible to hit, sir. I advise them not to try.”
“It’s clearly not impossible to hit. If I recall, Logan shot a bulls-eye. And he’s not even a high-ranked marksman.”
In the old days, Alisha would have smartly pointed out that Logan had almost cracked his ribs trying to shoot the target, and the general must have realized by now that Logan was a top-notch marksman. However, the new Alisha said nothing.
Powell told Dryer to hold up the test. He then looked down at Alisha. “I not only expect to see each of the remaining fliers try for the target, but each one who misses it will mean another thousand demerits on your record.”
Alisha could see Colonel Dryer smiling as he stood behind the general. She knew better than to object to the unfairness of the order. “Sir, yes, sir.” She jogged over to the four remaining fliers. It was an impossible request. Not only were these her four weakest fliers, but also her four weakest marksmen.
“See how well it goes when you stay focused?”
They all nodded, now confident and certain they could also pass the test.
“In fact, I’m so confident you can do this, that the general and I have made a little bet on the side. He asked me why no one shoots the left-hand target, and I told him it wasn’t worth the trouble. Well, he thinks it is, so he suggested I come up with some incentive to see which of you can get closest to the bulls-eye.”
“I thought that target was impossible,” one of them reminded her.
“No,” Alisha assured them. “General Logan nailed it with a bulls-eye. It’s just you have to shoot across your torso. You can’t turn the catcher to shoot, or you’ll go off target.”
“That’ll hurt like hell,” another objected.
“There will be a kickback,” Alisha admitted. “But you guys are as tough as leather. I’ve seen you take some brutal tumbles in the wind tunnel. You can’t tell me a little kickback is going to frighten you off.”
“If you promise to rub salve on my bruised ribs, I’ll give it a try,” Rodney Rutherford stated. He’d been “going for the gold” for the entire two weeks, so she wasn’t surprised by his suggestion. What did surprise her was how quickly the other three agreed to the same deal.
“Fine, I’ll rub salve on anyone who hits that target,” she agreed. It was a hell of a lot better than a thousand demerits. “But you can’t dunk the test to do it. You have to pass and hit the target.”
“And if we pass and hit a bulls-eye?” Rodney asked.
“The general will probably promote you to captain.” She hoped that was incentive enough.
“No, no, no…You can’t make promises for the general. What will you do?”
The general’s words came back to her about doing whatever it takes to get him ten more fliers. She had no doubt they wanted some sexual incentive. My job really is like being a virgin mistress.
“What do you want?” she asked
“A kiss or a lap dance, our call,” Rodney offered.
“Deal.”

About the Author
Liza O’Connor lives in Denville, NJ with her dog Jess. They hike in fabulous woods every day, rain or shine, sleet or snow. Having an adventurous nature, she learned to fly small Cessnas in NJ, hang-glide in New Zealand, kayak in Pennsylvania, ski in New York, scuba dive with great white sharks in Australia, dig up dinosaur bones in Montana, sky dive in Indiana, and raft a class four river in Tasmania. She’s an avid gardener, amateur photographer, and dabbler in watercolors and graphic arts. Yet through her entire life, her first love has and always will be writing novels.
OTHER BOOKS BY LIZA O’CONNOR
SCIENCE FICTION
The Multiverse Series
Sci-Fi Soap Opera with humor, romance, and science
The Gods of Probabilities
Surviving Outbound
Surviving Terranue
Surviving Sojourn 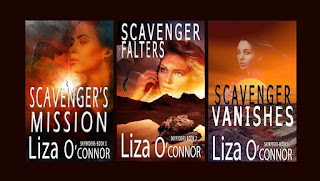 Check out all my books on Amazon
Be sure to click FOLLOW  on my Amazon page so I can alert you to new books.

Wander over to my personal Facebook Page
where I talk and share about books, politics, and other silliness.

Twitter is a great place to find me: @Liza0Connor
(That's @Liza, the number 0, then Connor)

ALL OF LIZA’S BOOKS
THERE’S OVER 30 OF THEM