#WeWriWa - #8Sunday The Case of the Meddling Mama: Caught! 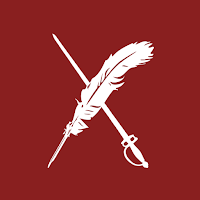 My snippet is from my upcoming release, THE CASE OF THE MEDDLING MAMA, an Alex O'Hara Novel, third in my PI mystery series. Apologies for the creative punctuation, which was done to keep within the sentence limit

In last week's snippet, Alex chastised Nick for kissing her, afraid that his mother would know.


With a nonchalance that never failed to grab my attention, Nick put his hands on my chair arms and turned me to face him. His chocolate brown eyes smoldered—oh, yeah, melted dark chocolate that turned my insides all gooey—and when he leaned in to kiss me, my eyelids fluttered closed.
“Nicholas, I need your expense reports from last month, where are—” Maria said as she burst into Nick’s office, talking until she stood in the open connecting door with her hands on her hips. “No hanky-panky in the office.”
There we were, two red-faced adults acting like kids caught kissing behind the garage—we’d done that, too, at six and eight years old, only, it had been his dad who’d caught us.
“Ma, did you want something—uh, expense reports?” he said, recovering a lot faster than I did, since my mouth still hung open, like a guppy that had fallen out of the bowl.
She bristled, saying, “In all the years your father—that horse’s patoot—worked here, he and I never fooled around.”
Nick put his hands on her shoulders and said, “I remember a time when you two were kissing in the kitchenette, and, as I recall, he had his hands—”
“Enough,” she said, blushing from her neck up to her soft bangs. “This is a business, and you two will refrain from PDAs.” 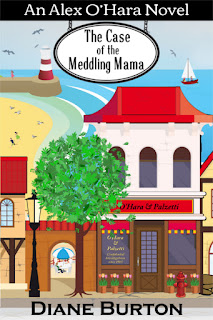 Once again, Alex O’Hara is up to her ears in mysteries. After surviving an attempted murder, all she wants is R&R time with Nick Palzetti. But his mother leaving his father (“that horse’s patoot”) and moving in with Alex puts a crimp in their plans. Then Nick leaves on assignment and the teen she rescued from an abusive father believes his buddy is doing drugs. Meanwhile, Alex has two easy cases to take her mind off her shaky relationship with Nick—a philandering husband and a background check on a client’s boyfriend. Piece of cake.