You all know I love mysteries. (I'd better since I write them. lol) James Moushon is not only a mystery writer, but he's super helpful promoting authors. So I'm happy to help James let everyone know about his mystery short story summer. Operation Asian Tiger looks so good I had to pick it up. I mean, 99 cents is quite a deal. Check out this series. 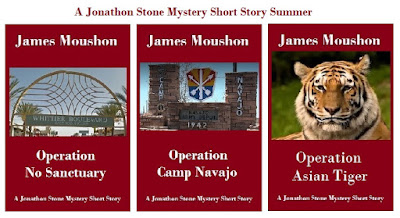 Chuck Chun joins Jonathon Stone in a mundane assignment in Singapore. The dull surveillance op quickly turns from boring to the search for terrorists and the solution of an international tragedy. The Royal Malaysian Police are going in the wrong direction as Jonathon uses the vast resources of the CIA to zero in on the truth.

AS THE SUMMER COMES TO AN END AND FALL IS RIGHT AROUND THE CORNER, THERE IS MORE JONATHON STONE COMING. 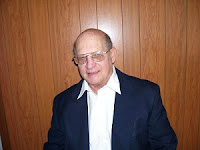 James Moushon is a Mystery writer and a published writer in the electronic document field.
Starting over 15 years ago, he helped lead the startup of the electronic forms industry in the creation, conversion and usage of electronic forms by supplying that industry with a continuing source of published literature, software products and training seminars.
In 2003, Moushon changed his focus to ebooks and their development.
He is the author of the Jonathon Stone Mystery Novels. He has published three books: Black Mountain Secrets, Game of Fire, The Cajun Ghost, a collection of short stories called: Operation Alpha Dog all featuring Jonathon Stone.
A Jonathon Stone Mystery Short Story Summer is being released as we speak:
Operation No Sanctuary (June 2017), Operation Camp Navajo (July 2017), and Operation Asian Tiger (August 2017). All featuring CIA Agent Jonathon Stone.
He has spent the majority of his adult life developing computer systems and thinking about writing mysteries.