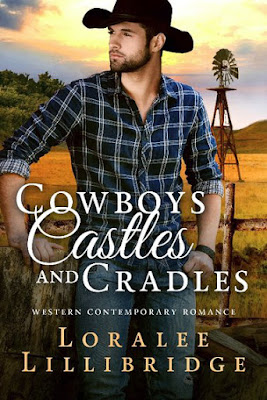 When GRACIE CASTLE agreed to be a surrogate mother to twins, she never expected to become their full-time mom. Thankfully, that’s when she discovers she inherited a large Texas ranch from a grandmother she’s never met. Clueless but desperate, she’s managing to hold her own until the babies decide to make an unexpected appearance.

Enter WHITMAN LOVETT, III a wealthy businessman who needs to lease three thousand acres of the Castle Ranch. He expects an easy deal, with the Castle Ranch in financial straits. He isn’t expecting to deliver a baby calf in a rainstorm or Gracie’s twins at the ranch. But Gracie and the babies manage to get under Whit’s skin and into his heart. The very thing he doesn’t want. 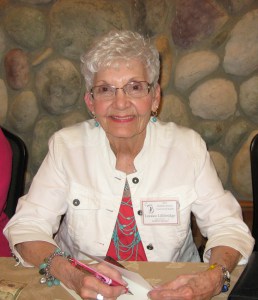 Writing romance and cozy mysteries with a Texas twang and a touch of humor, Loralee Lillibridge (aka Lora Lee), loves to tell stories with believable characters, small towns where everybody knows your business and quirky, but lovable, neighbors.

A native Texan, Loralee has called West Michigan home since her marriage, but still misses seeing the bluebonnets in the Spring. Her love of travel took her to Ireland to celebrate her 80th birthday. As a child with a vivid imagination, her library card was a treasured possession. Although encouraged by her high school English teacher to put her imagination into stories, Loralee’s first published novel, Accidental Hero for Harlequin, didn’t debut until after marriage and raising a family. Since then, she’s had a cozy mystery published by Bell Bridge Books and three romance novels published by Tell-Tale Publishing. Her greatest love, however, will always be her family.

Diane's Review:
5 Stars
I love Loralee Lillibridge's books. They're full of downhome Texas charm, strong heroines, and hunky heroes. She does it again in Cowboys, Castles, and Cradles. As Gracie takes control of her family ranch, she recognizes her shortcomings. She's just as ignorant of ranching as she is of child raising. Yet, she doesn't shrink away from her responsibilities. She's determined to learn. Originally, Whit just wants her signature on an oil & gas lease, then he'll go his own way, far away from his money-driven family. Delivering twins, volunteering to be a ranch hand, and falling for Gracie puts a crimp in his plans. Everything he wants is right in front of him. Yet . . .

Gracie & Whit dance around each other, neither totally trusting the other with their secrets. I didn't understand his reluctance to talk to her about the lease. It wasn't like he was taking away her land. In fact, he would be helping her financially. That aside, I thoroughly enjoyed this book. As always, I look forward to Ms. Lillibridge's next book.