Long-time friend and colleague, Maris Soule, is here celebrating her re-release of Heiress Seeking Perfect Husband. As part of her blog tour, she's here to tell us how this story came about.

Looking back over the twenty-five romances I’ve written, I believe Heiress Seeking Perfect Husband is the most comedic. This book was one of the early releases published under Silhouette’s short-lived Yours Truly line. When my editor told me they were starting a new line featuring heroines dating several men before finding Mr. Right, I immediately thought of my own dating experiences. Some were definitely humorous. The men I dated weren’t terrible, not as bad as one of the characters in Heiress, but a short time into the date, I could tell we weren’t a match.

For Heiress Seeking Perfect Husband, I needed a reason why my heroine, Shannon Powell, would be dating one man after another, and a reason why she wouldn’t realize Clint Dawson was her Mr. Right. I also wanted him nearby when she went out with these different men. Making her a young widow and very wealthy would partially fulfill those requirements. He could be her bodyguard. But would my young (in her twenties) widow want another man along when she went out on dates?

I didn’t think so.

But what if she thought he was merely her chauffeur? He might drive her to some of these first dates, and if he didn’t drive, he’d could be around when her dates picked her up. She didn’t need to know he was following her.

Except if she saw him.

Here’s an excerpt from Heiress Seeking Perfect Husband. Shannon is on a date, having dinner with one of her suitors. She thinks she saw Clint standing near the public telephone, but she’s not sure until two women walk by her table and she overhears their conversation.

“Did you see that guy by the telephone?” a young woman passing their table said to the woman with her.
The other woman nodded. “Looked like the bouncer. Did you see the nose?”
Shannon quickly glanced the direction they’d come. She caught a glimpse of a black T-shirt, a broad shoulder and a hairy, muscular arm. Just a glimpse, but she had a feeling she knew exactly who the “bouncer with the nose” was. Pushing back her chair, she stood. “Excuse me, Martin. I need to use the powder room.”
***

Clint knew he had to move and fast. What he needed was superhuman powers. A cloak of invisibility or the ability to cloud minds. What he got was an overweight woman in a flowered dress on her way to the bathroom.
The moment she passed the telephone, Clint stepped forward, slouching so he used her bulk as a camouflage. “What the . . . ?” she said, coming to a full stop before she reached the bathroom door.
He was close enough, he decided, and took off before the woman finished. Not even glancing Shannon’s way, he rushed through the side door to the kitchen . . . and straight into one of the cooks.
Shannon heard the clatter of pots and pans. In front of her stood an overweight woman. The woman was staring at a door at the end of the hallway and whimpering.
“Excuse me,” Shannon said, knowing she could never get by unless the woman moved.
“I . . . I—” The woman looked down at the floor near her feet, then stepped aside.
The moment Shannon pushed open the door to the kitchen, she saw the mess. In front of her a cook was picking up pans and lids, grumbling under his breath. Another looked her way and shook a fist. “Wrong door!” he yelled. “Not for patrons!”

I was sorry to see the Yours Truly line fold. I don’t know if they didn’t have enough writers who wanted to write books of this nature, or if the line didn’t catch on with readers, but I only had two books published with them. Of the two, Heiress Seeking Perfect Husband is my favorite.

The e-book version is on-sale from September 4th – 9th for .99 cents. Pick up a copy if you’d like to read more about Clint’s efforts to protect Shannon without letting her know how he feels about her. 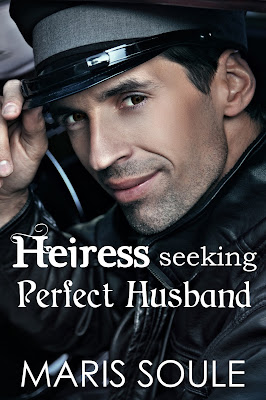 Shannon Powell thinks the interview is over when she mentions that her late husband never wrote her love letters. She isn’t prepared for a headline that says, “Heiress Wants Love Letters.” When the letters start arriving, she decides to answer a few…to even meet some of the men.

Clint Dawson isn’t sure what to do. His title is chauffeur, but Shannon’s late husband actually hired Clint to be her bodyguard. She’s said she doesn’t need a bodyguard and has threatened to fire him if that’s his job, which means he must keep Shannon from seeing him as he follows her on her dates. What’s worse, Clint ends up writing letters for one of the would-be suitors. It’s Cyrano de Bergerac all over again as Clint writes the words he’d love to tell her in person, if he only felt worthy. 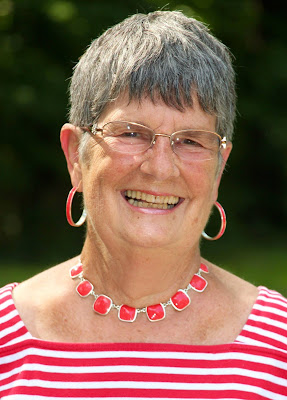 I love living in a small, rural town

My first twelve years were spent growing up in Walnut Creek, California (when Walnut Creek was still a small town), and I have childhood memories of catching pollywogs in the creek that ran by us, of being able to pick ripe peaches from the trees on our two acres (also almonds, pears, English walnuts, apricots, and more); and sitting in my “thinking” tree making up stories. When I married my husband, I was going to U.C. Santa Barbara, but two years later we decided to move to Michigan. It was supposed to be a short-term move (just a couple years, my husband said). I won’t tell you how many years we’ve now lived in Michigan, but we now have grown children and teenage granddaughters. I haven’t regretted the move. Michigan is a beautiful state, and for 27 years we lived in the rural community of Climax. What a perfect location for a romance writer, and what a neat place to plot a mystery with a lot of suspense. (Yes, there are some similarities between the real Climax and my imaginary Zenith in The Crows, As the Crow Flies, and Eat Crow and Die, but the events and people in those books are definitely fictional.)

I fell in love with the Rhodesian Ridgeback the first time I saw one at a dog show. I love their temperament, their intelligence, and their personalities. Over the years I’ve owned several: It seemed natural to use a Ridgeback puppy in my “Crows”books. We’ve also owned hunting dogs (my husband’s), German Shepherds, and now a poodle.

When we lived near Climax, we owned horses and raised (at various times) chickens, ducks, rabbits, pigs, goats, and even one steer. I would say we also owned many cats, but I think they owned us.

I love being near the water

We’ve now moved close to Lake Michigan (so my husband is near his sailboat), and we spend our winters in Florida, not far from the Gulf Coast. Both locations feed my love of being near water (remember that creek I played in and Santa Barbara) and are ideal places to nurture my desire to write.

I love happy (or at least satisfying) endings

Whether I’m writing or reading a romance, a mystery, or a combination of the two, I want a satisfying ending (girl gets guy and/or good guys get bad guys). For my books, I’m probably going to include an animal or two and there’s a good chance the characters will live in the country, the mountains, or near water. I’ve often used Michigan and California as settings, but I wouldn’t be surprised if Florida shows up in a future book.

I’m sometimes asked if the characters in my books are based on me or someone I know. My answer is: Maybe bits and pieces, but my protagonists are always braver and smarter than I am (along with younger) and the antagonists are always nastier than the people I’ve known. 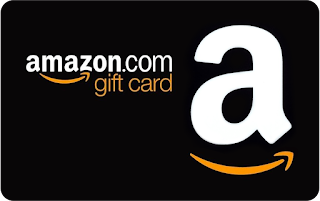