Here's PJ to tell us about her book, which releases today. 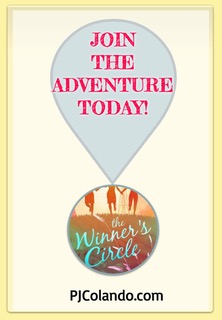 Life in rural small town can dull the senses. A trio of gal pals—mired in middle age, Middle America, and other people’s problems—long to escape.

When Bonnie wins the Boffo Lotto, her circle of friends urge her to lawyer up, invest, and sequester herself.

But secrets are inconceivable in small towns, so Bonnie and Carl invite close friends to witness their Vegas wedding and honeymoon in Hawaii with endless vagabond beyond. The sky’s the limit!

The allure of travel is fun for a while—hilarious, in fact. But when the husbands are jailed, wanderlust is no longer a romp and things get complicated when you’re halfway round the world, untethered from all you know and love.

Life has its consequences… and there’s no place like home. 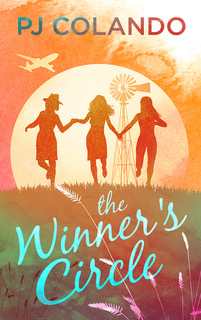 All are live for order now. Books are also available on B&N, KOBO, etc.

PJ Colando was born and raised in the Midwest, yet unabashedly aspired for adventure elsewhere, following her parents’ model. She lives in southern California with her family, hobbies, and pets.

PJ writes comedy and satire with a literary bent. She is the author of three previous novels, with short stories, personal essays, and articles published in journals, magazines, and anthologies. Follow her boomer humor blog on pjcolando.com.