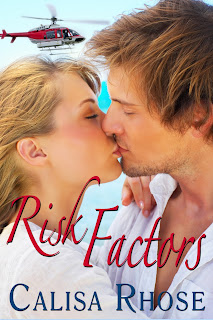 Blurb:
Veterinarian Vivian Dane has purchased her uncle’s practice in the tiny town of Wales,
Missouri, where most residents still doubt her ability to treat their pets. But Viv is used to being
considered less-worthy than her predecessors. After all, her parents are world-renowned wildlife
vets, and most everyone is unimpressed she’s chosen to not follow directly in their footsteps.
Now Connor, a patient’s owner, is hot for Viv, but clearly doesn’t think she’s dating material
because he has a daughter…who he believes no woman is good enough for.
Being a perfect dad is EMT paramedic Connor’s life focus. He can’t seem to stay away
from sexy Doctor Viv, but attraction is as far as he’ll ever let it go. His mother abandoned him,
leaving him to be raised in the foster system, and then his wife abandoned both him and their
daughter. He absolutely will not risk bringing another woman into his little girl’s life and having
her feel the hurt of being left…again.
Forfeiting is easier than attempting and failing. So why does Viv feel compelled to prove
she’s a sure bet for Connor and his daughter? Can Connor trust Viv--and himself--enough to play the possibilities?
Excerpt:
Viv’s smile and throaty laughter burrowed deeper by the second, mutating into hot want that seemed to draw him to her at every opportunity. But her invitation shook him back to level ground. Dinner. With her. Vivian Dane, the woman who seemed to freely access his dreams lately, was asking him out.
Her voice fell to a low smoky grade that slid like satin over him, tightening around his chest, making it hard to breathe.
He wanted to kiss her.
Period.
There was something about her in the lab coat he couldn’t put his finger on. She appeared
so fragile and delicate in pink that matched her lips…china doll perfect. Kissable.
He opened his mouth to refuse. He couldn’t afford to get close to anyone, wouldn’t risk Janna. He knew his daughter already liked the vet, had said so. If he got involved and it all nosedived south, he couldn’t stand to have Janna hurt. Even if she didn’t know it, Viv was their veterinarian now and he’d have to see her, Jelly Bean would notice the tension--
“Connor?”
“I’d like that.”

Also, Risk Factors is on Authorgraph! Get your copy signed. http://www.authorgraph.com/authors/CalisaRhose 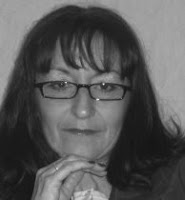 Calisa Rhose is an Okie, born and bred, through and through, and proud of it. While growing up, when she wasn’t on the back of a horse, she could be found with pen and paper in hand. Her writing career began with poetry in her younger days. Then she discovered Rock-n-Roll and cute musicians. Poetry turned into stories of romance and dreams. These days she lives with the same man who convinced her to take a romantic journey with him almost 30 years ago. After raising three strong daughters she spends her days loving their granddaughters, hoping for a boy someday, and writing. When she’s not writing, you can find Calisa putting on her editor hat and working to help other published and aspiring writers.
She is working on more projects with her favored contemporary cowboys, first responders  and firemen, as well as, the occasional ‘other’ heroes- and their sexy female counterparts, those sassy, stubborn heroines we all admire.
Find Calisa at her website/blog http://calisarhose.com
Twitter@CalisaRhose, Facebook/Calisa Rhose, Goodreads, Pinterest and Amazon
Posted by Diane Burton at 10:45:00 AM