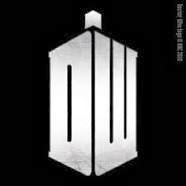 For several months, I’ve seen references to Doctor Who on different blogs. Doctor Who? What? My curiosity finally got the best of me so I “Googled” it. Imagine my surprise when I discovered a science fiction adventure television series that has been around since the early 1960s about which I knew nothing. I had to correct that.

After reading as much as I could online, I set my DVR to record episodes. Did I ever pick the right time! A marathon of Doctor Who episodes ran all last week leading up to the 50th Anniversary Special on Saturday. It will probably take me all winter to watch the episodes and specials.

For those of you, like me, who are unfamiliar with Doctor Who, it is a British television program about a humanoid alien and his human companion(s) who time travel to different parts of history and the future to save the world. They travel in a blue police call box (which looks a little like an old American-style phone booth) that is much bigger inside than out--like the tents in the Harry Potter series. To explain the change in actors, the Doctor “regenerates” after a life-ending incident into a new body and with a new personality.

Doctor Who reminds me of Star Trek (the original series) and Firefly, television shows that ended too early for the viewers. Unlike those shows, Doctor Who returned after a fifteen-year gap. Thank goodness for fans. Also unlike Star Trek and Firefly, the network listened to the fans and revived the series.

Why is it that networks give up on shows too soon? Even write-in campaigns or a huge following on Facebook can’t save programs viewers love if The Powers That Be declare it’s kaput. I almost hate to invest time and interest in a new show because it might not return.

I’m glad I let my curiosity lead me to a new program. I’m late jumping on this bandwagon but not too late. I am thoroughly enjoying this discovery.

I'll be writing about Thanksgiving on Saturday during my usual spot on The Roses of Prose blog. In the meantime, Happy Thanksgiving to all.