My friend Jessica Subject is back. Her post today reminded me of a painful subject. What I can't do anymore. I can't blame my inabilities on small children, though. Wish I could. LOL I'll bet many of you will think "been there".

Ten Things I Can’t Do Anymore...
Guest Post by Jessica E. Subject
Hello Diane and friends! Thank you so much for having me here. Like the heroine in my new release, Alien Admirer, I have two children, a boy and a girl. And since having kids, there are many things I’ve noticed that I cannot do anymore. Some of them are because of the kids, and others have just happened over the years. Here’s my list...
See what I mean? Number 10, especially. Even now that my kids are grown and have their own homes, I still worry about them and hope they're safe. That's what Moms do.

He fills her with forbidden longing…
Widowed for over a year, Sera longs for the company of her younger, sexier neighbor, the one man she can never have—unless she plans to rob the cradle. It’s too dangerous…
She’s the only one for him…
Adam never wanted to settle down…until Sera. But even when her children give him the green light, he must prove age is an alien concept...
Will Sera give him a chance, or will Adam be left in the cold, never more than her alien admirer?
Available From:
Amazon (US/UK/Canada) | All Romance | Smashwords | more

Alien Adoration (Alien Next Door #1) is ON SALE for
only 99 CENTS at All Romance until the end of November.

Excerpt:
What is it going to take to convince her I want her? On the ride home, he’d persuaded himself to give up on Sera. Until he’d seen her on the porch. He had to seize what might be his lone opportunity.

“Why do you have such a problem accepting that I’m attracted to you?”

It was all the invitation he needed. Closing the space between them, he held her, pressing his lips to hers. Sera moaned, her body tight against his. She didn’t push him away, instead wrapping her arms around him, running her foot up and down the back of his calf.

He clutched her thighs, pulling her up to straddle his waist. Every moan encouraged him to keep going. He wanted more.

“Inside,” she said in a breathless whisper. “Take me into the house.”

All right! Grasping and fumbling with the handle, he managed to open the door without letting her go. Focused on her in his arms, he shuffled around blindly until his knees met her couch. He laid Sera on the cushion, but she clung to him.

“No, my bedroom. And be sure to close the door.”

Her room? Holy shit! Before that moment, he’d expected several days of trying to win her over before she invited him to her room, if she ever even acknowledged his feelings.

He carried her up the butcher block wood steps, to the bedroom he’d helped build. While he’d helped build every part of the house, the master bedroom remained the one room he hadn’t entered since Sera moved in. 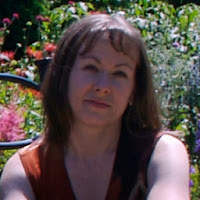 Bio:
Jessica Subject is the author of contemporary and science fiction romance, ranging from sweet to erotica. In her stories, you could meet clones, or a sexy alien or two. You may even be transported to another planet for a romantic rendezvous.
When Jessica isn't reading, writing, or doing dreaded housework, she likes to get out and walk. Fast. But she just may slow down if there is a waterfall nearby.
Jessica lives in Ontario, Canada with her husband and two energetic children. And she loves to hear from her readers. You can find her at jessicasubject.com and on twitter @jsubject.
Website/Blog | Newsletter | Twitter | Facebook | Pinterest | Goodreads | Amazon | Authorgraph