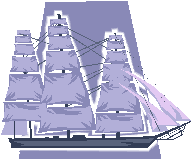 Ever since the Puritans sailed to the New World, people have been settling in America. Some came because of bad economic conditions in their home world. Others did it for religious freedom. Whatever their reasons, they wanted a better life for themselves and for their children than the one they had.

I can’t imagine how difficult it must have been for them to leave their families, their homes for a new life. My Dutch ancestors started coming shortly after those on the Mayflower. That’s right, in the1600s. My German and Polish ancestors left their homes in the latter half of the 1800s. My British ancestors settled in Canada first then came to the U.S.

Celebrating my mixed heritage gives me a sense of what America is all about. When I grew up, they called it a Melting Pot. Too many immigrants wanted to blend in so much they put aside their own heritage. While I understand that, I wish they’d retained some of their cultural heritage. One of the things I regret is that my mother didn’t learn how to make German foods from her mother. In fact, my mother didn’t learn how to cook period until after she was married and my English grandmother (and Betty Crocker) taught her.

With Dutch on both sides of my family, I wish I’d learned more about the Netherlands. Since I moved to West Michigan, I’m getting a crash course. My grandchildren have their Dutch costumes to wear during the Tulip Time Festival, either walking in the Kinderparade or riding on the preschool’s float.

If you’ve been a reader of my blog or Facebook page, you know I don’t mention politics. There’s been a lot on the news about illegal immigrants. That isn’t what this post is about. It’s about being proud of where you’ve come from. Television programs like “Who Do You Think You Are?” and computer programs like Ancesty.com make finding out about our ancestors so much easier—especially when our parents either didn’t know or didn’t want to talk about it. 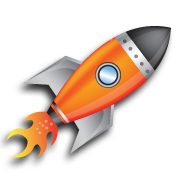 In my science fiction romance Outer Rim series, characters have made new lives on planets far removed from the more civilized Central Planets. Will the inhabitants of Earth leave here for life on another planet? Not in my lifetime, but perhaps in my grandchildren’s or their grandchildren’s. In many ways, it will be like our ancestors leaving their homes with little or no hope of ever returning. What courage. I just hope when they do, they figure out how to maintain a balance between embracing their new home and retaining their heritage.

In The Case of the Bygone Brother, I give a nod to the culture of West Michigan by using many Dutch surnames. Some actually came from my own ancestors and others from common names in the area. But this area isn’t only populated by the Dutch. In many ways, it’s a microcosm of much of America with many nationalities. That’s why my heroine is Irish and her love interest is Italian. While I may have a little bit of Irish in me, I’m pretty sure none of my ancestors came from Italy. So why is my favorite food Italian?

Blurb:
After taking over O’Hara & Palzetti, Confidential Investigations from her dad and his partner, Alex O’Hara’s bottom line has taken a plunge. So when a femme fatale offers her the case of a lifetime along with a huge advance, Alex sees her finances on a definite upswing. But someone doesn’t want her to find the long-lost brother. Complicating matters is the return of Alex’s old heartthrob, Nick Palzetti. Is he really there just to see her or does he have an ulterior motive? The Lake Michigan resort town of Fair Haven is abuzz with the news that O’Hara & Palzetti are together again.