You're in for a real treat today. I'd like you to meet a terrific lady. I met Maris Soule at the very beginning of my writing career. Her generosity in giving of her time and experience helped me tremendously. I always enjoyed reading her romances and was thrilled when she began writing mysteries--especially when they took place near where I lived. 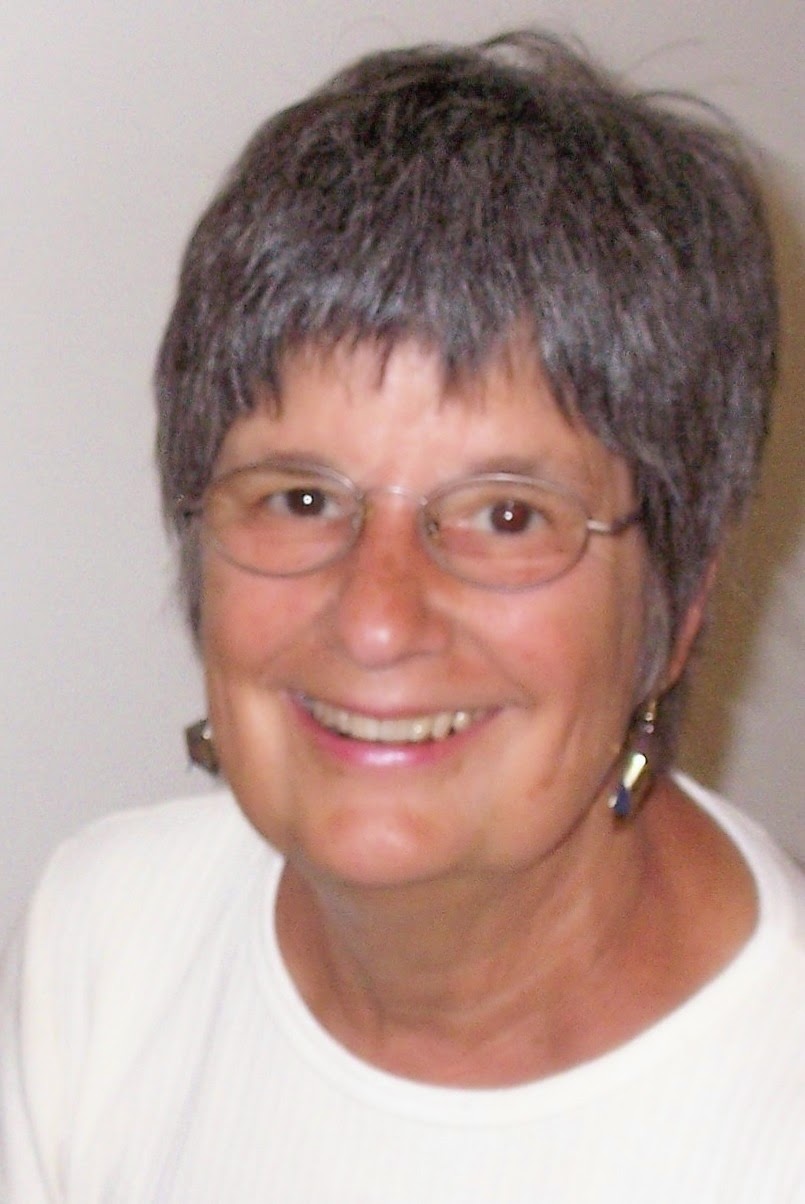 Welcome, Maris. Thanks for being here. Please tell us about yourself.

Thank you, Diane. Well, I’ve been published for over 30 years now. (Wow, that always shocks me. Where did the time go?) I started writing romances, but I’ve also always been a lover of mystery and suspense, so over time many of my romances shifted to romantic suspense. Finally, around the year 2000 I decided I wanted to write suspense with a little romance in them. The Crows was my first published mystery, and in that book P.J. Benson and detective Wade Kingsley became involved. When readers started asking what happened to them after that story, I wrote As the Crow Flies, in which P.J. continues to get involved in dangerous situations and the romance with Wade continues. That book ended with a question my fans wanted answered. Is P.J. pregnant? In June 2015 they’ll discover the answer in Eat Crow and Die. But before that book comes out, I started wondering what a trained assassin might be like when she was 74-years-old. A Killer Past will be out in March 2015.

I assume you mean on-line. My web site is http://marissoule.com Every Wednesday I try to blog, generally about writing, but I occasionally invite a guest. Http://marissoule.com/blog/ I’m also on Facebook, both with my author’s page Facebook.com/marissouleauthor  (I’d love your guests to “Like” me) and on my personal page. And I am on Twitter @marisSouthHaven, and Google+, Goodreads, LinkedIn, and Pinterest (you can see my covers there). Just type my name and you’ll find me.

Ha, there’s no one answer to that question. Once, when I was writing for Bantam’s Loveswept line, my editor asked me if I could come up with a story and have it ready to send to her in 6 weeks. I had the story idea to her in 24 hours and the finished ms in her hands in exactly six weeks. On the other hand, the ms I just sent to my agent took me over 7 years to finish (with a couple other stories interrupting along the way). The best I’ve ever done was 4 books in one year…but that really was more than I could handle, especially since I was working part-time.

Nowadays it’s hit-and-miss. I write when I find time (I’ve discovered I have less time now that I’m retired than when I was working) and when my back allows me to sit for any length of time (I’ve had two compression fractures in my lifetime, and I’m now paying for those injuries).

Way too many things. I paint (I majored in art and still like to dabble in it), read, walk, go sailing, do yoga, visit friends, travel, and eat, eat, eat. (We go out a lot.)

My husband has been fantastic. He’s the one who urged me to give it a try and to stick to it. When my children were old enough to realize what I was doing, they thought it was cool. They both like to read and write, so they understand the urge.

Editing. Writing the rough draft is the most difficult. Once that’s down, I can go in and clean it up, add material I didn’t realize I needed or was in too much of a hurry to develop.

The beauty of this world we live in, the friendship and love of my family, being around people who have a positive attitude, and laughter. Lots of laughter.

Even the best writers seem to have doubts, so keep at it. Perseverance will pay off. 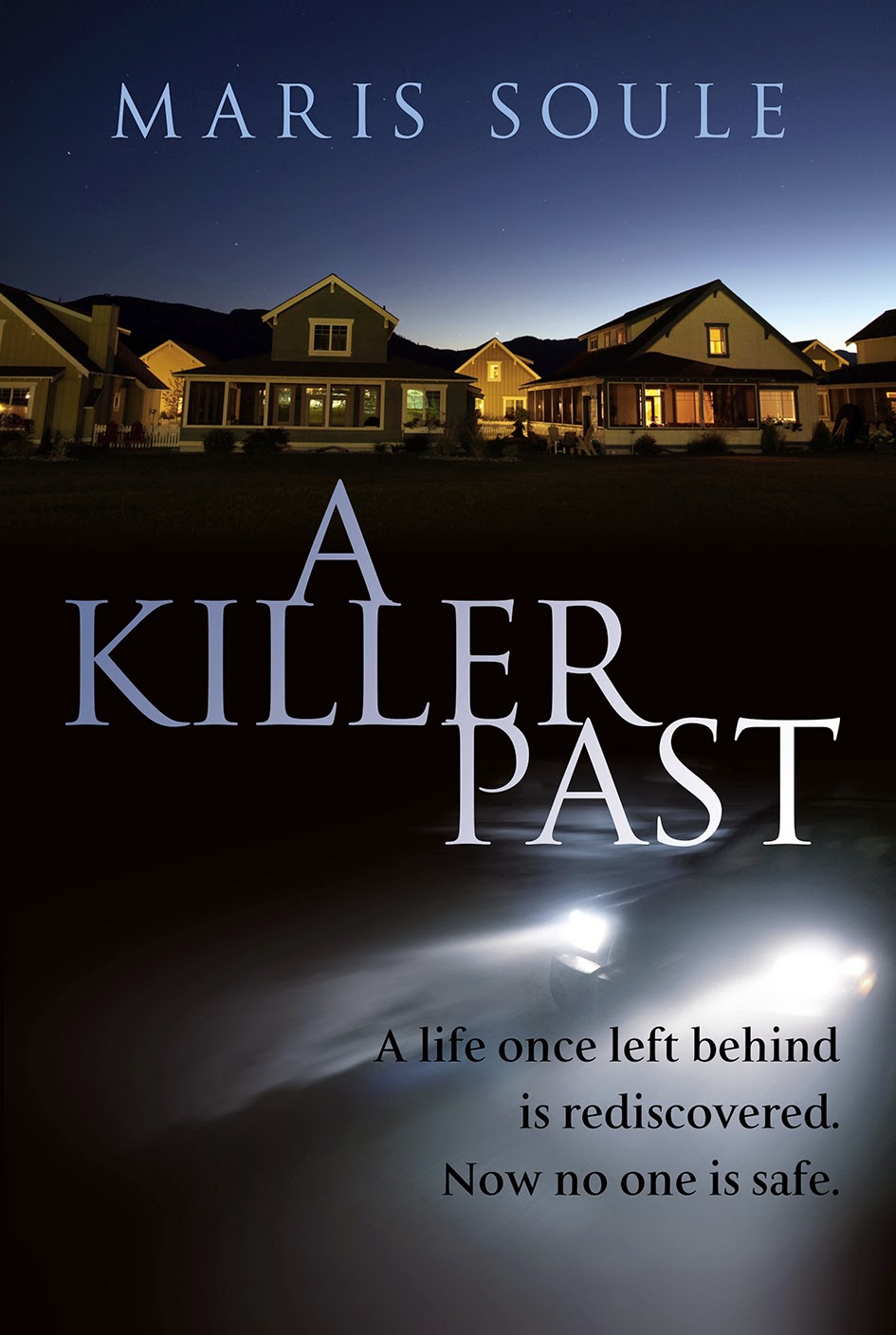 A Killer Past is the book that will be released in March 2015. It’s written using two points of view, Mary Harrington, a 74-year-old woman who has been living in Rivershore, a small west Michigan town, for 44 years without drawing any attention to herself. But when she puts two teenaged gang members in the hospital after they try to mug her, local police sergeant, Jack Rossini, is curious, especially when Mary keeps denying she was involved. And when Jack looks into Mary’s past, he discovers there is nothing—absolutely no record of her existence—before she moved to Rivershore. A Killer Past is a suspense and is being published in hardcover by Robert Hale Ltd, a London publisher, and will be available worldwide with the e-book being released one month later.


Scene from A KILLER PAST:
“When I arrived last night, the boys said a woman beat them up. An old woman.” Jack Rossini kept his gaze fixed on Mary Harrington's face, waiting for her reaction.
“Not a ninja?”
“No. An old woman.”
She gave a stilted laugh. “And what where they smoking?”
“How did you know they were smoking anything?”
She shook her head. “I didn't, but really, an old woman beat them up?”
“This woman might be in danger.”
“How's that?” Her voice and eyebrows lifted slightly.
“They're members of a gang.”
“Ah.” She nodded. “Ella . . . my neighbor . . . and I were just talking about gangs. Wasn't there another gang shooting last night?”
“Different gang,” he said, unwilling to allow the conversation to be diverted. “This gang, the one the two boys belong to, is a particularly nasty group. Image is very important to them, and they would think nothing of killing someone they felt didn't show respect. They wouldn't want it getting around that a woman, much less an old woman, beat them up.”
“So why aren't they in jail?”
“So far no one's willing to testify against them.”
She gave a slight nod and then shrugged. “Well, from what you've told me, the ones doing the testifying would be the gang members. They were the ones beat up. Right?”
“But maybe there was a reason for the beating.” He waited, hoping she'd give him one.
“Maybe,” she said and lifted her mug of tea and took a sip.
“Such as?”
She shrugged and set her mug back down. “I guess you won't know until you find who did it.”
“I think you know who did it,” Jack said, irritated by her casual attitude.

Thank you, Diane, for inviting me to be your guest.

Glad to have you, Maris. A KILLER PAST sounds like a thrilling book. I can't wait until it comes out. In the meantime, folks, check out HAUNTED http://amzn.com/B00AERRPH0 That should tide you over until March.

Email ThisBlogThis!Share to TwitterShare to FacebookShare to Pinterest
Labels: A Killer Past, As the Crow Flies, Eat Crow and Die, Haunted, Maris Soule, Michigan author, The Crows