Hello! My name is Melissa Snark, and I'm a fantasy and romance author. If I could have a moment of your time, I'd like to ask for your help as a reader. Please consider nominating my Norse folklore fantasy novel Battle Cry on Kindle Scout.

Amazon's new publishing program is called Kindle Scout, an innovative platform that provides readers with a sneak peek at unreleased books as well as the opportunity to have a say in what gets chosen. The timing of Scout was amazing. The announcement came just as I neared completion of my novel. The terms being offered are attractive. As a publisher, Amazon has as much clout as one of the traditional publishers. This simply seemed like too good of an opportunity to pass on, so I submitted Battle Cry for consideration.

Per the FAQ: How does Kindle Scout benefit readers?
Kindle Scout readers get to preview new, never-before-published books and influence which ones are made available to millions of readers on Amazon. In addition, any time a reader's nomination gets published, they will receive a free copy.

I appreciate your support!  To nominate Battle Cry, you only need to be logged into your Amazon account. You can head over to the Kindle Scout website and view Battle Cry's profile page. If you like what you see, please consider voting for Battle Cry.  Thank you so much!

Men revere him; monsters fear him. Jake Barrett, the notorious Hunter King, values loyalty to family and followers above all else. When the daughter of his closest ally murders Daniel, his oldest son, it sets off a chain reaction of violence and destruction that claims the lives of both wolves and hunters. Determined to avenge his son, Jake seeks the truth at any cost.

After losing her lover and then her mate, Victoria Storm simply wants to get on with building a new life in Sierra Pines, California. A vengeful Jake Barrett and his organization aren't going to make that easy, especially with the unwelcome attraction between her and the Hunter King's second son. Perils beyond the mortal coil plague Victoria.

When the Norse Fates predict Victoria will destroy the world, her duties as a priestess of Freya come into conflict with her responsibilities as a Valkyrie of Odin. When they tell her she will do it to save her unborn child, she's not so sure they are wrong.

Sawyer Barrett has been trying to kill Victoria for so long, he doesn't know whether he loves her or hates her. Desperate to end the war, he's willing to take chances with everything–except his heart. The hunter harbors a deadly secret he can't reveal without risking the ceasefire and his life.

At Sawyer's urging, Victoria agrees to peace talks with Jake. All the while, an ancient vampire plots the destruction of wolves and hunters alike. If the embittered rivalry between hunters and wolves doesn't end—and fast—there is no hope for Victoria's pack... or for their world.

Setting the Scene:
Norns are female beings who influence the destinies of men and gods. They are some of the more interesting and thought provoking figures in Norse Mythology. In Western culture, they are often compared to the Fates from Greek and Roman mythology and are depicted in film and literature, including Shakespeare's Macbeth.  However, it should be noted that the Norns were not the exact equivalents of the Fates.


Ancient Norse culture did not regard destiny as predetermined and unalterable. Rather, they held destiny to lie somewhere between the two extremes of pure free will and absolute predetermination. There are mentions of both greater and lesser Norns.


The Three Norns
The greater Norns were three sisters who personified Fate in all of its forms:  past, present, and future. They lived together beneath the roots of Yggdrasil, the eternal tree which supported The Nine Worlds, including the home of men as well as Asgard, the home of the gods. Their names were Urðr (the past), Verðandi (the present), and Skuld (the future).

In this excerpt from BATTLE CRY, the heroine Victoria Storm has descended along the trunk of Yggdrasil. Her mission is to seek the counsel of the Norns who dwell along the shores of Urd's Well. Please enjoy this sneak peek!

Shade enshrouded Skuld, and her voice manifested upon the air, thick and oppressive, closing in from all sides. "Your daughter will not grow to adulthood in Midgard."
Victoria's heart slammed against her breastbone. Her breath expelled in a horrified gust. The bowl dropped from her hands and flew to protect her abdomen. "What do you mean?"
"Your daughter will be taken from you on the eve of her third birthday," Skuld said. "The one you trust most, a member of your own pack, will give the child over to your greatest enemy."
A growl trembled in Victoria's throat, and her entire body shook under the dual assault of fear and rage. The suggestion of betrayal from within her own pack filled her with disbelief to the core of her being. It was unthinkable. Gritting her teeth, she sought a solution, refusing to dwell on it. "How am I to prevent this?"
"We speak of what will come to pass," Verðandi said in a sympathetic tone.
"Your predictions are not carved in stone," Victoria said. Arguing with Fate was a foolish endeavor, but she refused to accept their prophecy.
The old woman, Urðr, smiled with a frightening gleam in her eyes. "Predictions, carved into the trunk of the World Tree, carved into the spiritual fabric of the world."
Stubborn determination settled over Victoria like armor. Her mother had taught her there was no absolute fate, just as there was no absolute free will. Life consisted of a wide range of possibilities between the two extremes. She refused to allow her daughter to die at three years of age. She would move worlds, alter fate, slay gods.
Whatever it took.
"Do you wish to save your child?" Skuld asked.
Victoria answered without thought. "Yes. I'll do anything. Tell me. Please."
"The final days are upon us," Verðandi said.
Skuld took over speaking. "To save your daughter, you will side with Loki against the Aesir. You will use your enchanted dagger to cut the binding of the great wolf Fenrir. You will be responsible for freeing the beast that kills Odin."
Victoria's stomach turned. Her head shook in automatic denial. "When the gods imprisoned Fenrir, my people pledged fealty to the Aesir. We have served them loyally ever since. Even when we were driven from the homeland, almost a millennium ago, we remained faithful. I will never cut Fenrir's bonds. To do so would end the world we live in and doom us all."
Skuld's gaze held steady. "You will."
Victoria snarled her denial. "No. I will never become the servant of the Trickster or willingly take part in bringing about Odin's death."
Skuld turned her head and pinned Victoria with one black eye that rolled in its socket like a liquid marble. "To save your daughter, you will." 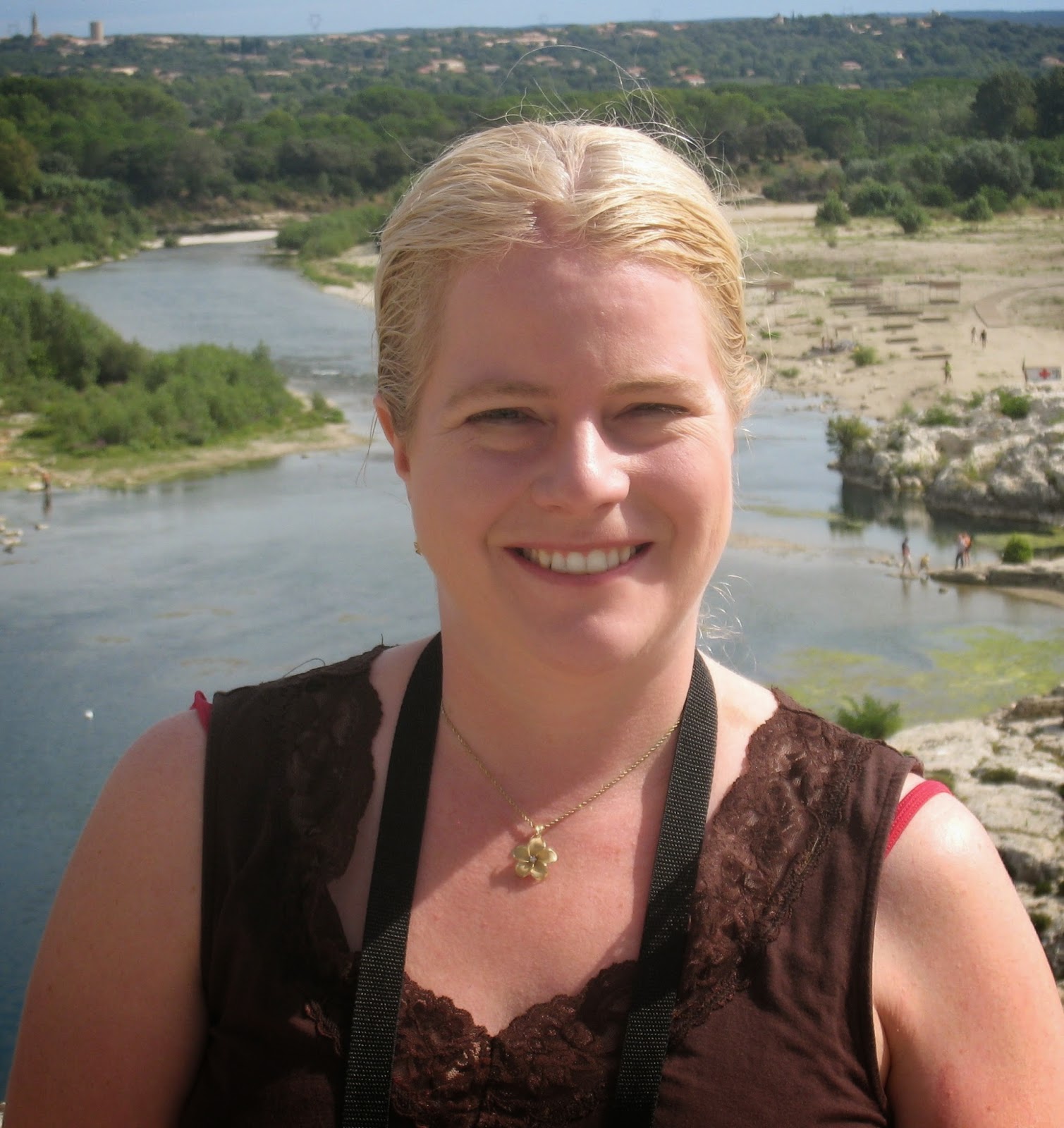 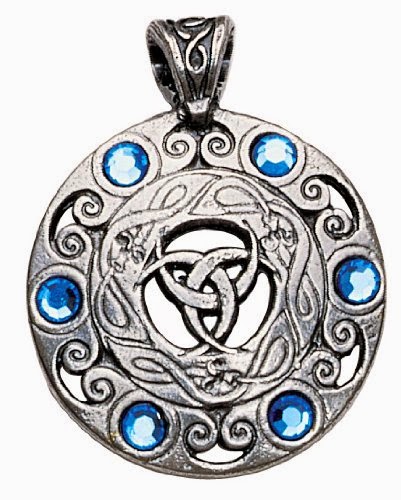