I'm excited to participate in the monthly SFR Brigade Showcase. Here's a chance to find new authors and connect with familiar ones. (Notice I didn't say "old" ones. LOL) This is my first time. Yikes, a showcase virgin!

Waaay back (I'd say in a galaxy far away, except it was New York City) in the early 2000's Silhouette put out a call for their Bombshell series. Unfortunately (for them), they didn't like my idea for a series about strong women on the frontier of space. So what did they know! I loved this idea of books loosely linked but not sequels that I call my Outer Rim series. The first book is THE PILOT. 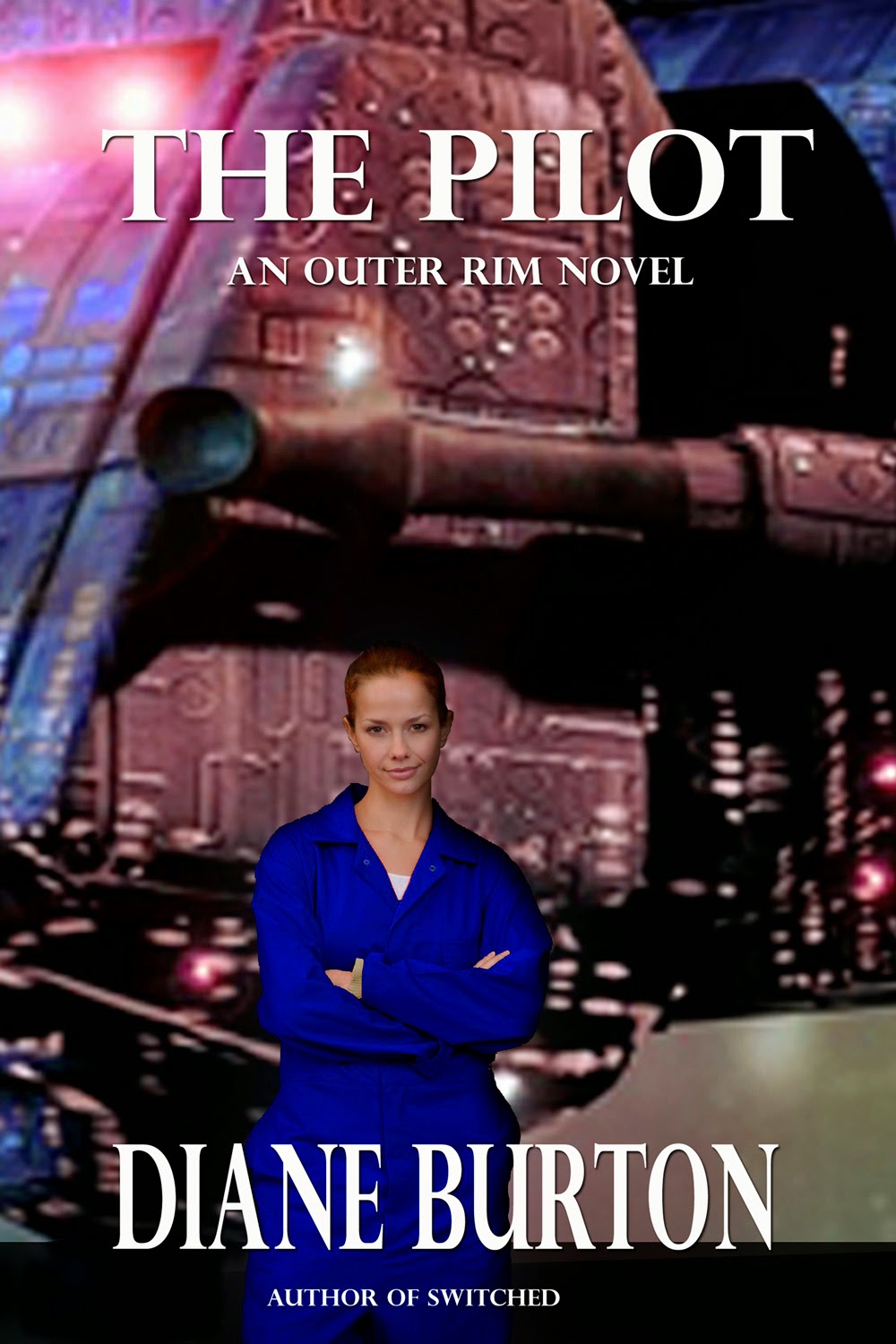 
There's no place like home and he just stole hers. Cargo hauler, risk taker Celera d'Enfaden must work with rule-bound Administrator Trevarr Jovano to save her brother from a galactic gangster.

Determined to bring order to the frontier, rule-bound official Trevarr Jovano refuses to tolerate those who disrespect the law. So when an indie pilot refuses to obey, he seizes her ship and cargo. If he backs down, he’ll lose respect. If Celara can’t deliver her cargo, she’ll default on her loan and lose the only home she’s ever known—her ship.

Celara pushed her chair away from the table and climbed up on it. “Quiet down, you Rimmer scum.”
The patrons laughed then quieted. Someone paused the Seinfeld vid.

She lifted her drink again. “A toast, Rimmers. Let’s hear it for the wonderful, fantabulous, yada, yada, yada, Administrator Jovano. May he live long enough to enjoy good health.”

To her surprise, silence met her toast. No one raised their glasses or mugs, even in jest. Everyone was looking at her, standing on the chair.

No, they were looking past her. Only thing behind her was the door. Kleema groaned and buried her head on her folded arms on the table. Booted footsteps rapped on the rough-hewn plank floor then stopped behind her.

“Thank you for the compliments and the good wishes for my longevity.” The baritone-and-chokiris voice sounded just over her shoulder.

If she ever needed a personal cloaking device, it was now. Or a magic ring with which to disappear. Sec Admin Trevarr Jovano stood behind her. Waiting. She swore she could feel him breathing.
Undaunted, she turned around. As the room tipped, she reached for the back of the chair. “Whoa, those mudslides sneak up on you.”

Missing the chair, she grabbed the closest thing—Trevarr Jovano’s black-clad shoulders. Beneath her fingers, the strong muscles contracted. “Hey there, Admin Man. Heard my toast, did you?” She grinned down at him.

He wasn’t smiling. “You should sit down before you fall down. Or better yet, go home and sleep it off.”

A dark fury swept away the sweet tranquility of two tall Kruferian mudslides. “I can’t go home, you snake. You stole my home.”

She swung a round-house punch at him, missed her objective and would have fallen ignominiously off the chair had he not caught her. For several long secs, he held her tightly against his chest, her feet dangling off the floor a good twenty-five centimeters. His green eyes caught hers and darkened.

The heat in the room rose ten degrees. Her heart tripped, the air leached out of her lungs. His eyes. She could drown in those green depths.

Right now, I'm working on the 3rd book in the series. Tavern owner Rissa appears in the two previous books. Now it's her turn. She'll do anything to prevent slavers from taking children and teens from her colony. She's not just being a concerned citizen. For her, it's personal. Complicating the situation is the re-appearance of the "kid" who had a crush on her. Only he's not a kid anymore and he loves her. She just doesn't realize it.

I just wish I had a title for this book. The other book in the series is The Chameleon. Any ideas?

To find the rest of the authors participating in the showcase, click here.