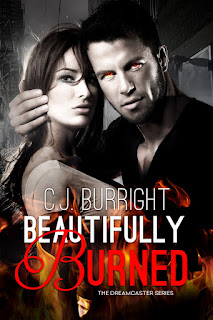 Ella is a dreamcaster, which means love can be a little dicey with a normal guy. When a girl can bring nightmares out of her dreams, well, some guys can’t handle the heat. That’s one of the reasons she loves Daxen so much, but it’s not the only one. Here’s Ella, weighing in on what makes her V’alkara so fanflippintabulous.

1. Sure, I can handle my own battles, but there’s no one better than Dax as backup.
2. His sense of humor. He likes all the good stuff like Shakespeare insults and Princess Bride lines. 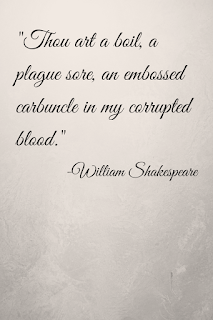 3. He makes dreams fun. You know, instead of the usual scary.
4. Dax hates clowns as much as I do, maybe more.
5. Dancing with Dax, even with his questionable skills, is magic.
6. He prefers books over skanks. Smart man.
7. Speaking of books, he isn’t afraid to do some heavy research into topics such as seduction.
8. He’ll do anything for his inner circle, including sacrifice himself, which I don’t appreciate. I like my man to stay alive, thank you very much.
9. Even when he’s snarly, he’s adorably sexy.

10. He has the cutest little mole on his…none of your business. Go find your own V’alkara. 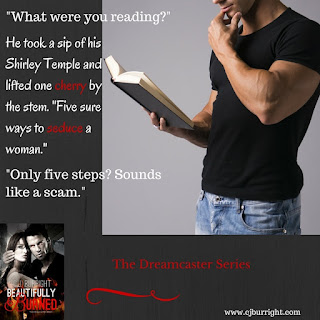 Grandma warned me to resist him.

I know what he is. Even if he doesn't sparkle in the sun, hiss at holy water, or go by the traditional name of vampire, I know.

He doesn't want or need my blood. He wants my dreams...more specifically, my nightmares. And I've got oodles of those, so many they leak.

He's emotionally scarred, growly, dangerous, and kindles all my senses.  Love isn't on his agenda. Having him for a guardian isn't on my list of fun, either. My touch sends him into darkness.

I shouldn't want him.

I can't want him.

If I surrender instead of escape, I'll lose everything--my sister, my will, my life. Gran forgot to tell me the most important detail of all: how am I supposed to resist him when he's everything I've ever dreamed of?

Beautifully Burned is told in dual, third person and may be read as a stand alone.

Five steps from her truck, Ella skidded to a stop. The sexy, sober book lover leaned against the fence a few yards away, as if he’d been there the whole time.

Her heart somersaulted twice. She might be tired, her thoughts preoccupied, but no way had he been there a second ago. Frick. He didn’t look like the type who scared easily and her nearest neighbor was two blocks away, so screaming would be pointless. With those long legs, he’d probably won some track medals, which nixed running for it. Her best bet was to get into her truck, lock the doors, and take off. Chin lifted high, she finished the short trek to her getaway wagon.

“I must speak with you.” Whether ordering a Shirley Temple or making soft, unexpected demands in a midnight parking lot, his gravelly voice was seductive as sin.

Her nerves tightened and she steadied her hands enough to jam the key in the lock. “Look, it’s late, I’m tired, and you decimated my maraschino cherry supply. Time to go home.”

He pushed off the fence and ambled toward her.

“I have questions for you.” He leaned his hip near the tailgate, too close. “They won’t take long.”

“Oh, you’re a collection agent.” Thank God her voice remained cool and steady enough for the pretense. The truck lock finally gave with a loud snap. “Check’s in the mail.”

A tremor coasted her spine and she paused, fingers wrapped around the door handle. No way was his dream comment random, but the press to escape dimmed beneath the desire to hear him out, to see if someone in the wide weird world had helpful information about her curse. A little chitchat never hurt anyone, and if he tried anything shady, she knew how to handle him. Her special self-defense was always ready.

She sucked in a breath. Without knowing when or how, he had moved closer, so close she had to crane her neck to look into his face. He smelled faintly of campfire smoke, a fond reminder of the frequent overnight hiking trips she used to take with Gran and Ginny. Back then, fire had made her feel warm and safe.

“A moment. Please.” He planted a hand on the door, keeping it shut and boxing her halfway with his arm. His ‘please’ sounded more like an attempt at manners than a request.

Curiosity warred with concern. If he wanted to attack her, he could’ve already sliced her, diced her, and left her for the stray dogs to gnaw on. What did he want to talk about? What words had the man who lured her mother away used? She wasn’t a mindless sheep, no matter how beautiful the wolf may be, but there was no denying this man did something witchy to her blood. She wanted to know why. Maybe that would set her questions to rest, ease her guilt, cure her curse.

But Ginny depended on her. She had to play it safe and get rid of him.

Ella shifted and rested her back against the truck door. He didn’t move, and a secret thrill coiled in her stomach. Ignoring it, she netted all her emotions and observations, pushed them to the back of her mind, and focused on his blue sea eyes.

A bewildering stab of loss staked her chest. She’d never see him again. He’d go back to his life and she’d return to hers, no harm done, no questions answered. For some insane reason, she wanted to curl up on the asphalt and have a long, hard sob-fest.

A tiny crease formed between his black eyebrows, and instead of obeying, he studied her with a scientist’s concentration. “Are you trying to compel me?” His voice was gently accusing. He leaned nearer. “I’m V’alkara. I can’t be compelled.”

Ella leaned hard on the cool frame of her truck. Compel was a good explanation for her uncanny persuasion powers, and if he recognized it, getting rid of him would be harder than she thought. “Who are you?”

“And V’alkara?” She swallowed the sawdust in her throat. Was that another word for vampire? “What’s that?”

“Me.” His small smile made a snarling wolf look friendly. “Ready to talk now?”

“You had all night to talk to me.”

“I wanted you alone.”

A fire bell warning clanged in her head, a command to escape, yet she couldn’t peel her attention from his jaw. Stubble shadowed the hard angles, a darkness contrary to his pale neck. She had a sharp, nearly overwhelming urge to touch him there, to experience the disparity of prickly and smooth, to slide her fingers down his throat to the ridge of his collarbone.

Ella blinked rapidly and gripped the keys tight, breaking the spell. “Are you trying some hypnotic woo-woo on me? Not cool. Kindly remove your hand from my truck.”

He cocked his head and his eyes flashed. “Don’t you want help with your nightmares, Ella?” 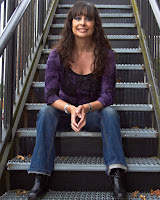 C.J Burright is a native Oregonian and refuses to leave. A member of Romance Writers of America and the Fantasy, Futuristic & Paranormal special interest chapter, while she has worked for years in a law office, she chooses to avoid writing legal thrillers (for now) and instead invades the world of urban fantasy, paranormal romance, or fantasy. C.J. also has her 4th Dan Black Belt in Tae Kwon Do and believes a story isn’t complete without at least one fight scene. Her meager spare time is spent working out, refueling with mochas, gardening, gorging on Assassin’s Creed, and rooting on the Seattle Mariners…always with music. She shares life with her husband, daughter, and a devoted cat herd.

Website*Facebook*Twitter*Goodreads
Posted by Diane Burton at 5:00:00 AM