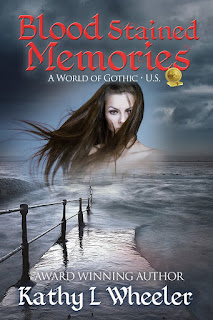 Excerpt:
I glanced over to my handsome chauffeur. Water from his hair dribbled down a strong neck that disappeared into the collar of his rain-soaked shirt. He and Adam must be somewhere in their mid-to-late thirties by now. I knew his dry hair would resemble burnished gold. The light from the dashboard didn’t reflect the tone of his skin.
I leaned back in the seat and let his accent wash over me. Its familiarity settled nerves drawn so tight I felt I would shatter with a sudden move. I cleared my throat. “Where do you call home, Mr. Creighton?” There wasn’t much of him that reminded me of that long ago young man, just the clipped British words, making it easier to remember to refer to him as Mr. Creighton.
He grinned. Most likely relieved I’d finally joined the conversation. “Call me, Ian. Manchester, mostly. I’ve been here since spring assisting Adam with his research. I spent summers here on the island as a younger man until—” He tossed a quick glance in my direction. “Well, I’d planned on returning home by now.”  His gaze dropped to my ringless fingers before he shifted his attention back to the road. “Though I may find my stay here pleasantly extended.”
Until what? I wanted to scream. Instead, heat flamed my cheeks at his not-so-subtle regard. I curled my fingers beneath my tote and out of sight, at a loss for words. My goal on this quiet Gulf Coast island was not to find romance. My sole agenda dealt with the bland contents of the letter stowed in my bag. A letter stained with my own bloody prints.

Amz preorder buy link (won’t have the rest until the 8th): https://amzn.com/B01K82OKJG
Blurb: There on the Gulf Coast in the Florida Panhandle lies the ruins of a haunted, old armory...

Helena Abigail Evans-Ross remembers nothing from her past except the sting of her Aunt Lydia's hand almost knocking her head from her shoulders. "Don't look!" she screamed, just as Abby's gaze meets her father's blank stare, and the realization that she is holding the bloody knife that ended his life. She's home to learn the truth—but can she live with a truth is she is the one who murdered her own father? 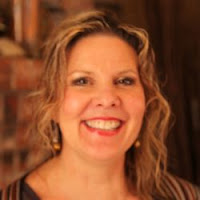 Bio: Kathy L Wheeler (aka Kae Elle Wheeler) is the author of fourteen contemporary and historical novels and novellas that range from sweet to spicy. She has a BA in Management Information Systems from the University of Central Oklahoma that includes a vocal minor. She loves the NFL, the NBA, musical theater, travel, reading, writing and just to scratch the singing itch.... karaoke. She is a member Romance Writers of American and The Beau Monde chapter. She currently serves as editor of both, the Regency Reader and Novel Notes Authors newsletters. Kathy lives in Edmond, OK with her attorney and musically talented husband, Al. She has one grown daughter with an adorable baby boy and another on the way, and one bossy cat, who acts as if she were the rescuer rather than the rescue-e!!