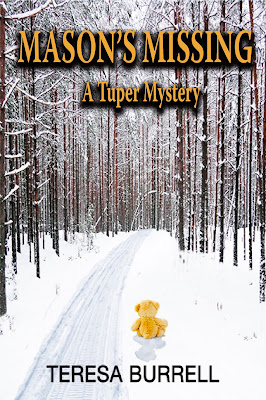 Tuper is helping find five-year-old Mason, who was presumably taken by his father. But when Mason’s father is found unconscious, Mason has disappeared again.

In an impossible search during a bitterly cold Montana blizzard, old cowboy Tuper and his hacker friend Lana’s quest blurs into one of insanity and murder. As wounded Tuper fights to stay alive in the bitter cold, Lana searches cyberspace and finds someone is working hard to ensure certain secrets remain secret — especially Mason’s true identity.


This was a fun book to write. Tuper, a character from THE ADVOCATE’S FELONY, was a reader favorite. I received many emails asking for “more Tuper.” So I decided to give him his own series. Tuper is an aging cowboy who lives in Montana and seems to know everyone in the state. His interests include three things: guns, gambling, and women. People seek his services because he knows how to get things done.

Tuper reluctantly receives help from a very unlikely partner — a young woman who is more than proficient on a computer. They are polar opposites, but they both bring a unique skill set to the table. 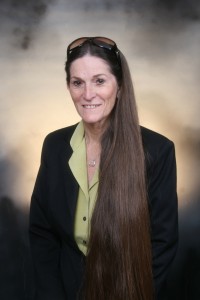 Teresa Burrell is the author of the award-winning Advocate Series as well as two children’s books. Her readers rave about The Advocate Series with the majority especially fond of her PI, JP Torn. Her main character, Sabre Orin Brown (her initials are S.O.B. – but she is not) is a dedicated child advocate, who can’t seem to stay out of trouble herself.

Teresa was born in Minnesota where she lived the first five years of her life on a farm with her eight siblings. For the next five years she and her family traveled to California to get away from the harsh winters, but each spring they returned to the small midwestern town. Eventually, they stayed in southern California where she graduated from high school and college. After obtaining her teaching credential Teresa enjoyed a satisfying career in the classroom. She has taught children of all ages with diverse backgrounds and special needs. After creating an after-school program that kept kids off the street, she received a community service award.

Teresa has dedicated her life to helping children and their families in both the courtroom and the classroom. After twelve years of teaching, she entered the University of San Diego where she earned her Juris Doctorate degree. As an attorney in San Diego, Burrell maintained a private law practice for twelve years, which specialized in domestic, criminal, and civil cases. Her work in juvenile court focused on representing abused minors and juvenile delinquents. Burrell has received several awards and special recognition from the San Diego Volunteer Lawyers for her countless hours of pro bono work with children and their families.

Her newest novel is MASON’S MISSING, the first in the Tuper Mystery Series. This book stars Tuper, a character from book 6 of The Advocate Series. Tuper was a fan-favorite when he first appeared in THE ADVOCATE’S FELONY.