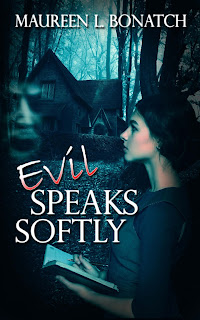 Tagline: Everyone has a story to tell. Even the dead.

Blurb:
They were never supposed to meet. Fame came easy for Liv by following in the footsteps of the female writers in her family. The cycle repeated for decades…until Liv changed the story. Her villain doesn’t like the revision—and he isn’t a fictional character. In his story, the bad guy always wins.
They were never supposed to find love. Liv never questioned her demanding nocturnal muse, or the strange incidents in her old, family home until she met Gage. His job was to watch her from afar, not reveal the truth about the curse and the stories of the dead. They’ve broken all the rules. Together they unravel secrets as they strive to stop the cycle. Liv’s ability to find love, and protect her loved ones, hangs on the fickle whims of the dead—and they’ve got nothing to lose.

Excerpt
“I met this strange man at the bar last night. He told me some really weird
stuff.”
I paused. When she remained silent, I continued. “He said it was related to my writing.” She watched me with the fascination of one who desperately wanted to look away but couldn’t. As if a deer blinded to the oncoming headlights, she was fixated, trapped. “He said to talk to you.”
I searched her face. I knew my Grams. When resignation settled on her features a knot clenched in my stomach from either fear, or the excitement of validating Gage didn’t fabricate the story. Perhaps he wasn’t crazy.
Grams slowly closed her eyes and opened them again. “He found you?”
I nodded.
She turned to stare out the frosted window where the birdfeeder sat frozen over from the recent snow. “I can’t believe he took that risk. Watchers are never to approach the Recorders. It could totally upset the balance.” She worried her lower lip between her teeth.
When she used the same terms as Gage, my anxiety elevated. I expected her to deny his claims and then we’d laugh about the incident. “Grams, please tell me. I don’t know what you’re talking about.” I took a deep breath. “Some weird things happened last night. Occasionally I notice unusual things, but it’s an old house and I have an active imagination, but this time it scared me.” 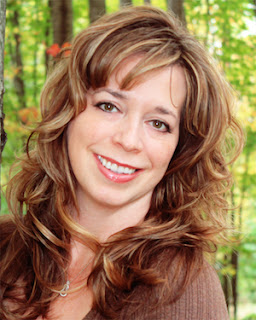 About the Author:
Maureen Bonatch dreamt of becoming a Solid Gold Dancer. When the show ended, she continued dancing in her living room but pursued other dreams. Surviving twins gave her the confidence to learn to belly dance, declare herself a tequila connoisseur, and act as biker babe to her alpha hubby. These adventures, her vivid imagination, and a love of sarcasm help her craft stories full of fun, magic and mayhem.

Maureen lives in small town Pennsylvania and her love of the four seasons —biking, sweat pants, hockey and hibernation—keep her there. While immersed in paranormal romance and fantasy, she survives on caffeine, wine, music and laughter. A feisty Shih Tzu keeps her in line. She enjoys reading & writing—of course! Also bicycling, being a backseat motorcycle babe, watching movies, hockey, wine tasting (usually in her living room where she still dances) and laughing.

Discomforting Thoughts About the Author & Evil Speaks Softly:
·         As a writer who 'writes by the seat of her pants' Maureen’s relentless characters can be demanding in wanting their story told and often have their own agenda. They just aren’t ruthless spirits and there’s no ancient curse…that she’s aware of.
·         The herniated disc Maureen suffered from while writing this story may have leaked a little extra darkness into the tale.
·         Maureen’s first house had a restless spirit.
·         Twins run in Maureen’s family—just no feisty triplets.
·         Maureen has no knowledge of wrestling but she did watch some WWF back in the day for entertainment.
·         Maureen believes she has had sleep paralysis in the past.
·         Nighttime spirits don’t terrify Maureen much since she’s up at the crack of dawn and can barely stay awake after 9:30 p.m.

a Rafflecopter giveaway
Posted by Diane Burton at 5:00:00 AM