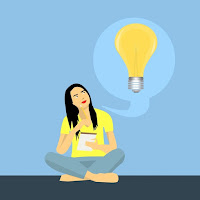 How was your week? I don't know how the days fly by so quickly. We're past the middle of January already. I wish I could say they've been productive days for me. Alas, my writing tanked momentarily.

Our four-year-old grandsons came over and helped with the Christmas decorations. They took down the small nutcrackers, Santas, and stackers that were in the bookcases. Standing on stools worked for two shelves, but the top shelf became a problem--unless we let them stand on a rolling walker. That's a big no-no. Daredevils that they are, they try to get away with that. They are pretty good thinkers and it's fun to watch them figure out how to do something. They  ended up taking Hubs' extension grabber and wielded it well enough to bring down the nutcrackers.

There's a saying that goes if I'd known grandchildren were so much fun I would've had them first. A lot of truth to that. Or maybe they are our reward for surviving our children.

Moving on: the covid virus is rampant here in Michigan. From what I've heard, the omicron variant is highly contagious, but the symptoms aren't as severe. Nevertheless, our hospitals are full of people who have been hit hard. Hubs and I mask up when we have to go anywhere. Most of the time, we stay home, even though we've been vaccinated and gotten our boosters as has the rest of the family except for the twins. Still, it's better for us not to take chances. Cabin fever time again. Thank goodness, there are new shows on TV, not just reruns.
Speaking of new shows, have you seen The Book of Boba Fett on Disney+? Fascinating. I'd forgotten that at the end of Star Wars VI: Return of the Jedi, Han Holo knocked Boba Fett into the pit where a fearsome beast (sarlacc) would slowly consume him. But then he showed up in The Mandolorian last year. Apparently, all that happened to him had to be explained to us Star Wars fans (short for fanatics 😊).

Did you know the Pentagon has launched a new UFO office? Their job will be to investigate sightings of unidentified flying objects. Aren't they a little late? The first UFO sighting (we know about) was in 1947.

Are you watching Around the World in 80 Days with David Tenant (my favorite Doctor in the Doctor Who series)? It's on PBS Masterpiece. Another fascinating show.

Time to get back to The Case of the Wedding Wrecker, my work-in-progress, which I'm sharing on weekends with the Weekend Writing Warriors. See you next week. Stay safe!

Email ThisBlogThis!Share to TwitterShare to FacebookShare to Pinterest
Labels: Around the World in 80 Days, grandchildren, PBS Masterpiece, Star Wars, The Book of Boba Fett, The Case of the Wedding Wrecker, UFOs